If you want to be better in sales, you have to fully understand the consumer buying process and how customers buy.

This week on INSIDE Inside Sales, Darryl closes out 2020 by bringing in Bob Moesta, the brilliant scholar and President of The Re-Wired Group to help you on your way to mastering demand-side sales. Darryl and Bob discuss the Buyer’s Timeline and offer extremely valuable advice on how you can better serve your prospects by knowing where they are in their buying process. They share tips such as taking the time to examine what pushed your prospect to make a purchase, how creating friction can create value, and why you need to be more of a concierge or a mentor to your prospects. Learn how to make more sales by seeing the world through your customer’s eyes on this episode of INSIDE Inside Sales!

''Most people don't even know that they're struggling, and part of marketing's job is to actually uncover the struggling and then enable them to go from what we call passive to active.'' @bmoesta 🎧 Listen as Bob digs into the consumer… Click To Tweet 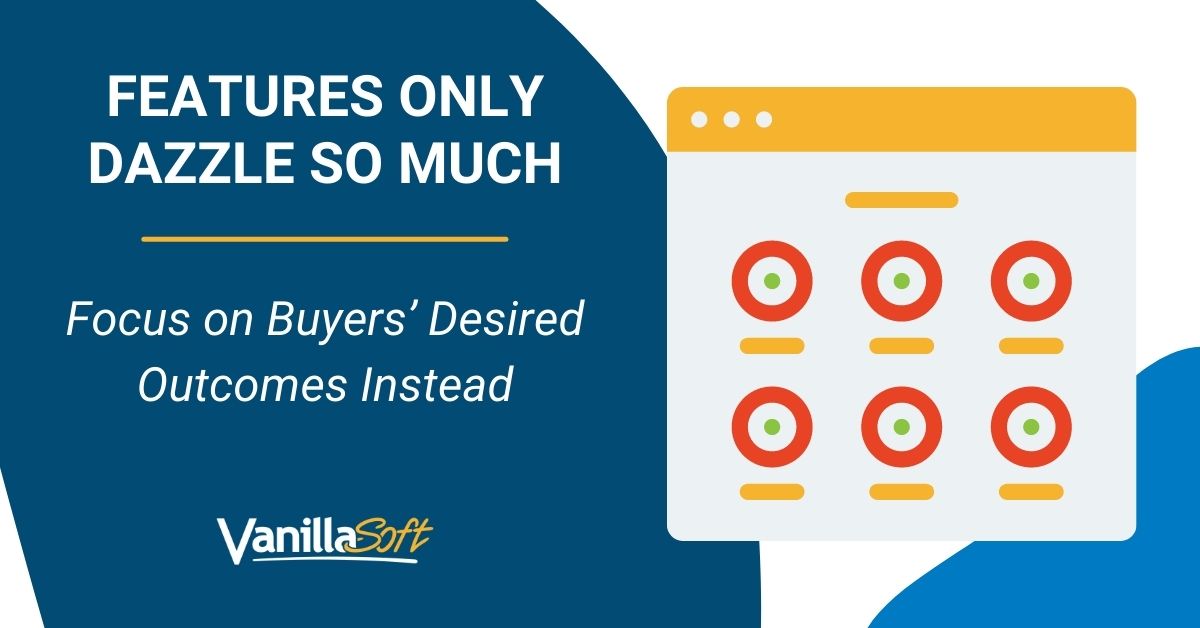 Features Only Dazzle So Much. Focus on Buyers’ Desired Outcomes Instead

In this game called life, paradoxes and ironies abound.


The more choices we have, the less satisfied we are with them.

The best things in life are free.

Our hyperconnected world has led to increased isolation and loneliness.

And in most business schools, they don’t teach sales at all, says serial entrepreneur and college professor Bob Moesta, who is the co-architect of the “jobs to be done” theory, which says we buy based not on a product itself, but on a need –– for it to do a “job” for us.

B-schools see sales as “all about products and techniques.” But “if we can actually understand how people buy,” Bob explains, “we can understand how to sell better.”

Bob is a lifelong innovator who has helped develop and launch over 3,500 products –– and seven startups, including consultancy/coaching firm The Re-Wired Group. He’s sold design services, software, houses, consumer electronics, and investment services. He’s an adjunct lecturer at Kellogg School at Northwestern University who has also taught innovation at Harvard and MIT.

His book “Demand-Side Sales” delves into buyer motivation through the lens of jobs to be done: “They’re hiring the product to do something that will help them make progress in their lives,” Bob explains.

On this episode of INSIDE Inside Sales, Bob discusses how flipping the script can lead to a surge in sales.

You might hear “demand-side sales” and flash back to Econ 101. But the notion actually comes from his first career –– engineering.

He’s learned that there’s a schism between the products people make (with ever-more-innovative features) and how they buy them (by connecting those features to their desired outcome).

We literally think the features are what gets us to close, but the reality is “it’s a balance of forces and how they enable people to go from point A to point B.”

Call it the mattress paradox.

Everybody needs a mattress, right? People with bedrooms. Hotels. College dorms. That’s a lot of mattresses. And we assume that “Serta and Sleep Number and Casper all compete with each other,” Bob says.

But what might actually be competing with a mattress is a dose of ZzzQuil (or a bottle of scotch), he explains.

“How many bottles of ZzzQuil do you take before you realize you need a new mattress?” Bob asks. “That’s how you get people to understand they have a problem.”

When we see the world through the customer’s eyes, we can begin to understand their motivations.

“What makes somebody decide that today’s the day they need a new mattress?” Bob asks.

“It’s not about a mattress at all. It’s about sleep. It’s a struggling moment that causes people to buy something new. If people don’t struggle, they don’t do anything differently.”

The problem or the pain is what drives them. “But once they agree it’s something they have to address, they now have a new desired outcome,” he adds.

Most people don’t even know that they’re struggling. The job of marketers, says Bob, is to uncover the struggle and enable them to “go from passive to active.”

He has found several frameworks to help him do that, which involve “taking a step back from the product” and delve into the process of consumers’ buying decisions instead.

Use the force (of progress)

Bob uses “postmortems of past sales” to investigate the “forces of progress.” He asks questions with the curiosity of a scientist, including:

These questions can only be fully answered by people who “have already bought, because they had to go through the entire process,” Bob explains. “They’ve had to muster enough energy to figure it all out.”

Once you recognize the milestones of a prospect’s buying process, the question becomes: How can we help them make that progress?

Just because someone fits into your preferred demographics (they’re 55, live in a desirable zip code, earn a particular income and have a certain title), it doesn’t mean they’re really a prospect.

These forces build over time, he notes. Whether we’re buying a new mattress, software, a car, or a pack of gum, it’s a process that begins when we have an initial thought, even if it’s fleeting: hmm, that looks interesting. That leads to what Bob calls “passive looking,” which often involves learning about the problem and feeling its consequences.

Most people don’t actually have a solution in mind first. But when they move to the “active looking” stage, they’re trying to find them. They start to learn everything they can about products that might do that.

Often, salespeople think a prospect is “ghosting” them when “they’re actually background processing to figure out how to make it work,” Bob argues.

“Then six months later they come back and ask: Can I get a quote? When they think they know enough, they move to active looking.”

And sometimes, a buyer is in the process of deciding when something happens at the company or the world at large –– “like a pandemic,” he notes. “They go back to passive looking because they don’t know how to make the decision. When they come back, they might be in a different job.”

Whether they’re internal or external forces, a series of events must happen that enable a buyer to move from mode to mode.

“We can think about them like hats they wear as they go through the process,” Bob says.

That’s why no matter what our sales funnel says, we have to look for ways to help people make progress on their own terms. So you should be more like a concierge or a mentor than a salesperson who “tries to force everybody to a demo,” he adds.

Remember: Buyers are on their timeline, not yours.