The numbers are staggering…

As a rule of thumb, a good sales rep will close about 25% of their leads.

This is widely recognized, mind you, not just some number I cooked up in my brain. Yet almost ZERO sales reps I talk to have a pipeline representative of 4X their sales goal!

Does the math not apply to you?

Considering the percentage of sales reps hitting their quotas hovers somewhere between 40-60% (depending on the report you read), we can draw a couple of conclusions…

First, it sounds like the reps that are hitting their numbers are closing more than an average amount of deals. Second, given the lack of pipeline, reps are depending on that higher win rate for success. Clearly, you have a closing problem, right?

Current conventional wisdom tells you that the buyer is on a journey. They make decisions on their own time in their own way, and only after reviewing and analyzing terabytes worth of data about what the best solution is for their needs.

You don’t get to close – that’s too salesy.

They’ll close you when they’re good and ready, thank you very much!

If all of this sounds confusing, and it does to me, then I have a novel solution for you. It’s called prospecting.

This is the part of the sales process where you identify how to best help people, who those people are, and start to have conversations with them.

It’s hard to fill your pipeline when your prospects don’t know why they should talk to you.

Have you demonstrated that you’re someone worth having a conversation with? Do you have a reputation in your industry or your local area as someone who consistently delivers value? Do you represent a company or a brand that people are interested in and want to work with?

Have you demonstrated that you have something worth talking about? Most salespeople, especially those without a stellar reputation like what I’ve mentioned above, tend to call or send emails out of the blue using messaging that is almost entirely unrelatable to their prospects. What is so compelling about a message they don’t care about from someone they don’t think they need to respond to?

In The Five Forgotten Fundamentals of Prospecting, I wrote that if you cannot differentiate, you cannot sell. You have to be perceived as different from the other reps out there. You also need to communicate why your solution is different from your competition, not why you think it’s better.

When you talk about why something is objectively different, you can have a meaningful conversation. When you talk about why you think something is better, it usually turns into an argument. Do you want to be known as a thoughtful sales rep who encourages her prospects to think differently about how to solve their problems, or would you rather be known as the meathead sales rep who argues with his prospects about why they should switch?

Ask yourself these three questions to get started…

1) What makes this solution different?

2) What makes it valuable?

You can’t just throw any old prospect into your pipeline and call them a lead. An overinflated pipeline is just a vanity metric, and you know who you’re really working with.

You’ll close a higher percentage of your deals when you work with better-qualified prospects, but qualification starts way before you ask manipulative questions about decision-makers and purchasing authority. It actually starts when you think about and answer the three questions I just asked you. Based on your answers, who do you think is most likely to benefit from the unique outcomes and value you create?

I’m sure your manager or your marketing department has told you who you should be calling on, but have you actually thought about them? Have you put yourself in their position and considered their point of view? What would your solution do for them? How would it make their business better? Can you paint that picture for them, with specifics and details that they would appreciate? Can you illustrate to them why they would want to buy from you?

Similarly, can you think about all of the reasons they wouldn’t buy from you? Are they embedded with a competitor? Do they have another big project they’re implementing at the moment, and the timing may not be right?

Thinking ahead of time about the challenges you could face will help you determine how to build and deliver your messaging in #B2BSales. Read on to find out how to improve your close rates and much more.... #prospects #salestips Click To Tweet

One of the biggest turning points in my career was when it dawned on me that not everybody would make a good customer for me. That not only freed me up mentally to let go of some of those obstacles, but it also allowed me to focus more effort and resources on those who I knew could be my best customers.

I don’t know if you’ve noticed yet, but I’ve written this piece about prospecting without mentioning any specific verbal or written messaging tactics. The biggest difficulty sales reps have with prospecting is that they want to shut their brains off almost immediately after they start. How can they stop and think when they’re so worried?

But I’m not talking about you, right?

All of this can be solved if you give yourself the space to think about what you’re doing before you do it. Ask yourself why you’re different, why that’s valuable, and why that matters. Ask yourself who you should be talking to, why they would buy, and why they wouldn’t. Based on those answers, deliver the right message to the people who need to hear it, and make sure you’re reaching enough people so that if only a quarter of them decide to move forward, then you’ll be hitting your numbers and then some.

If you can execute on these fundamentals, you’ll not only have a healthy pipeline; you’ll also close at a higher rate. That’s how you become a top performer.

Jeff Bajorek is an OutBound 2021 speaker. Jeff is a consultant, author of The Five Forgotten Fundamentals of Prospecting, co-host of The Why and The Buy Podcast, and he wants you to Rethink The Way You Sell. He helps sales organizations perform better by leading workshops, speaking, and coaching. When he’s not working, Jeff spends time with his wife and two children, and tries to be an avid golfer. Learn more at jeffbajorek.com or thewhyandthebuy.com. 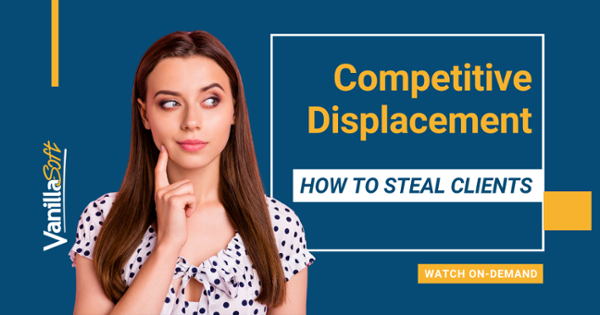